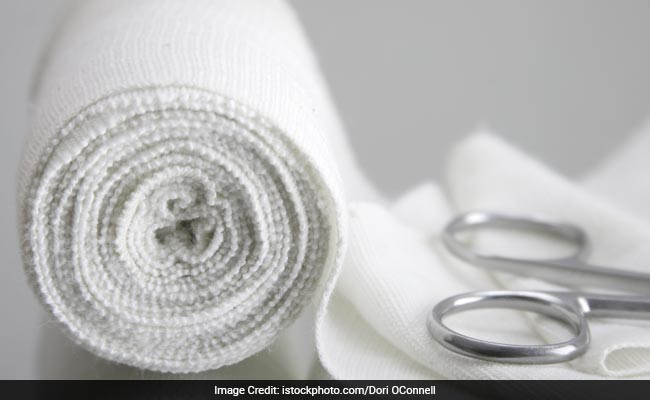 A new high-tech material, Electric Bandage has been developed by NASA which will encourage the healing process of injured wounds through electricity. It is known that human blood behaves in a quite different manner in conditions of non-Earth gravity than when it is on earth. Wounds heal in a very slow manner during space missions and therefore healing them as fast as possible is very important.

This new material produces electricity in minute amounts when it interacts with any other surface including human skin. Polyvinlyidene fluoride (PVDF) has wide number of uses including wound healing.

We all know that a wound heals rapidly when electricity is applied around the surrounding tissue in small amounts. But, the gauze pattern also plays a vital role in the process of healing.

Emilie Siochi, a Senior Material Scientist at Nasa’s Langley Research Centre said that if the PVDF fibres are aligned correctly, cells on a wound would use it as a scaffold and helps the wound to heal faster.

The invention is a simple and inexpensive means of producing fibres and mats of controlled fibre diameter, porosity, and thickness.

This device can also be used for those who have suffered from serious injuries, for military personnel wounded in the field and much more.