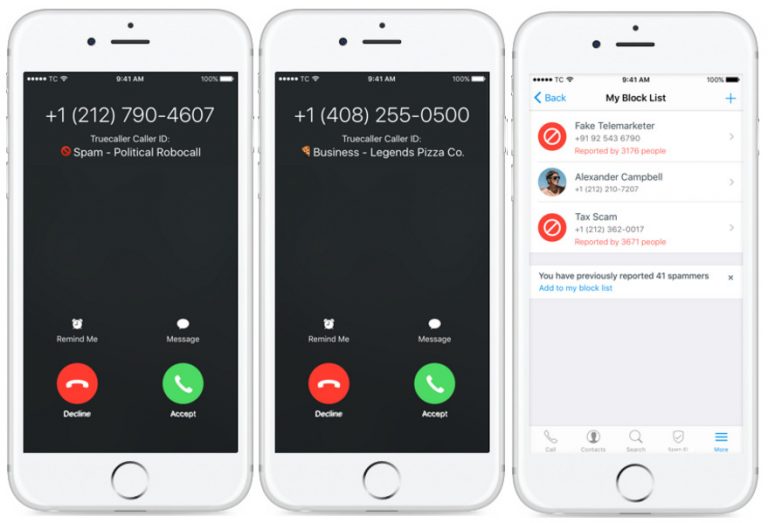 Yesterday, the Apple had announced the company’s latest Smartphones iPhone 7 and iPhone 7 Plus. The company also made public that its iOS 10 will be available for download from September 13. On top of this, the popular Caller identity app, Truecaller has launched CallKit Extension for iOS 10 that will improve the Spam identification on iPhone much better.

According to Truecaller, over 20 million US consumers pay more than $7.4 billion for unwanted calls every month, more than 300 million calls are received by Indian Users. Using the latest integration, the app will automatically show the unwanted calls that were marked as Spam earlier. Besides this, the app is also adding a new feature, “My Block List” which will allow the users to control on whether who can contact you.

According to Tom Hsieh, VP Partnerships & Growth at Truecaller:

Working closely with Apple over the past few months, we’re proud to bring a call solution to your iPhone to provide safe and authentic communication. With the massive increase in robocalls, telemarketing and phone scams, it’s more important than ever to know who’s calling you. In our early testing, we’ve seen Spam detection rates on iPhone increase by more than 50% in some markets, reaching upwards of 90% of all spam calls made to our users. And with our dogged focus on data quality, we fully expect these rates to continue improving for the benefit of our users.