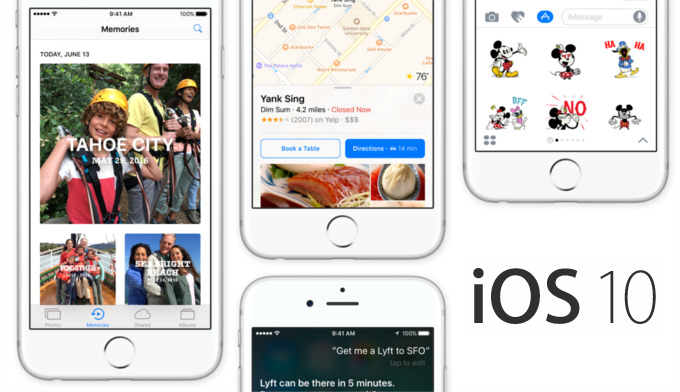 Apple had showcased iOS 10 along with iPhone 7 and iPhone 7 Plus. The latest version of Operating System from the family of Apple will be released on September 13 to all eligible iOS devices.

Although a release date has been announced, the Apple has not revealed the exact timings of the release on that day. For the earlier versions of iOS, the company had started rolling the update around 10 AM Pacific Time. It means that the Europeans will get the update around evening and a few regions in Asia will get the update in the initial hours of September 14. Below is the table in which the expected timings are mentioned based on Time zones.

If you are an iPhone 4S user, this news might disappoint you. Apple will not roll out the latest iOS 10 in iPhone 4S. The complete list of eligible devices is displayed below.

All the features of iOS 10 might not be available in certain devices. For instance, the iPhone 5, iPhone 5C, iPhone 6 and iPhone 6 Plus are not compatible with the Raise to wake feature.