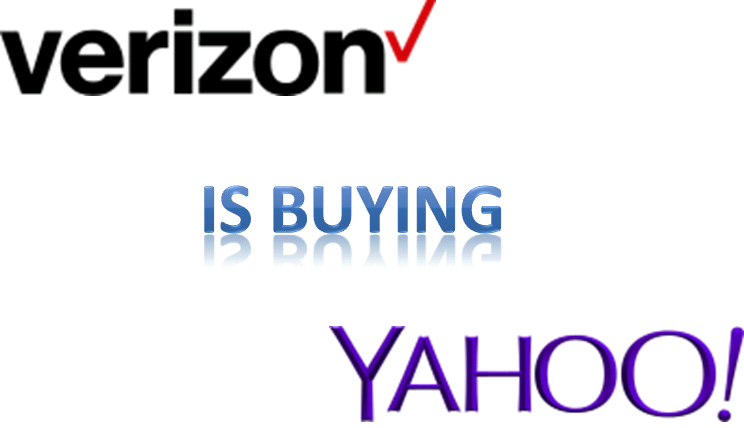 Before markets opened on Monday, Verizon confirmed that they are agreed to pay $4.83 billion for Yahoo. So, Verizon is buying Yahoo, and now the days as an independent company is over for Yahoo. The sale puts an end to Yahoo’s 21 year history which was once a dominant brand as search engine and web portal juggernaut.

The sale process was on for months, where parties like Warren Buffet and The Daily Mail were interested in buying Yahoo. But, Verizon has finally got the deal which must be approved by regulators and is expected to be finalized early next year. Along with Yahoo as a company, Verizon is walking away with Yahoo’s more than one billion monthly active users. Verizon and Yahoo have not yet commented on who will lead Yahoo once the deal is complete.

Marissa Mayer joined Yahoo in 2012 taking over the top spot and tried to expand its audience through the acquisition of Tumblr and investing in premium media content. Mayer struggled a lot to slow Yahoo’s overall ad sales decline but it did not work out. Mayer wrote in a memo to employees posted on Tumblr “For me personally, I’m planning to stay. I love Yahoo, and I believe in all of you. It’s important to me to see Yahoo into its next chapter.” A spokesman for Yahoo said it’s “too early to say” whether she will stay on as CEO, accept a new role at Verizon, or step aside. Meanwhile, Mayer says she will stay on to see Yahoo through its transition.”

The CEO of Verizon-owned AOL, Tim Armstrong said he has “enormous respect for what Yahoo has accomplished” and that integrating the two former internet powerhouses will “create a new powerful competitive rival in mobile media, and an open, scaled alternative offering for advertisers and publishers.”

The deal, expected to be complete in 2017, marks the end of Yahoo as an independent operating company, leaving it with 35.5% interest in Yahoo Japan and a 15% stake in Chinese e-commerce company Alibaba.