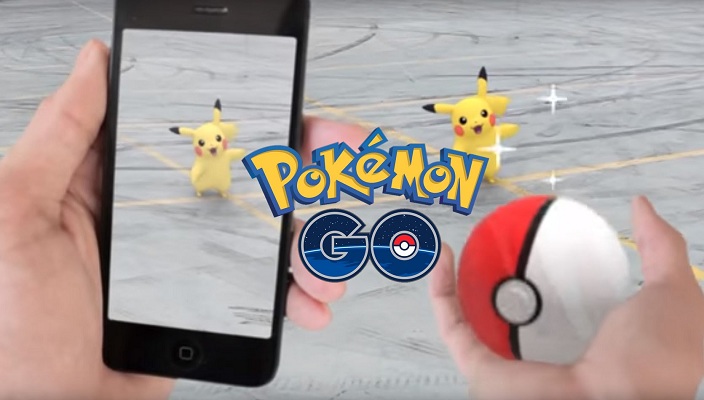 Pokémon Go game the most awaited game has created a sensation with its release for iOS and Android Users on July 6, 2016. It was developed by the Niantic Labs and it shares many similarities with the Ingress, another game from the family of Niantic Labs. Since, this game is providing a real world experience it has created such a craze that you can easily find adults and kids roaming around town these days, eyes glued to their phones. And, yes they are not texting or checking the Facebook status, but playing Pokémon Go. Since its launch it has become a national sensation, nearly overtaking Twitter in daily active users. On Google Play stores and Apple’s app store, it currently ranks as the most profitable game where, Nintendo’s stock jumped 25 percent up.

The Pokémon Go users see these little creatures pop into existence alongside real-world physical objects on their screens. The game has been developed using the augmented reality technology, which blends the digital and real world together. So, to play this game it requires a physical exploration in the real world where you need to hunt for critters on your smartphones, which are placed using GPS and an algorithm developed by Niantic Labs. Player need to walk to a location to collect Pokémon and with a flick of a finger you can capture these creatures using Pokéballs. If, you capture the creature it will yield candies which help your Pokémon to grow in power.

As, we know being too good is also bad, that happened last Monday as due to app’s immense popularity and number of users the server crashed. It was really difficult to even sign up to become a new player. Since, this game is highly shareable the number of players is growing like anything.

All that success means we will be seeing more such kind of game in the market soon by other companies as well.