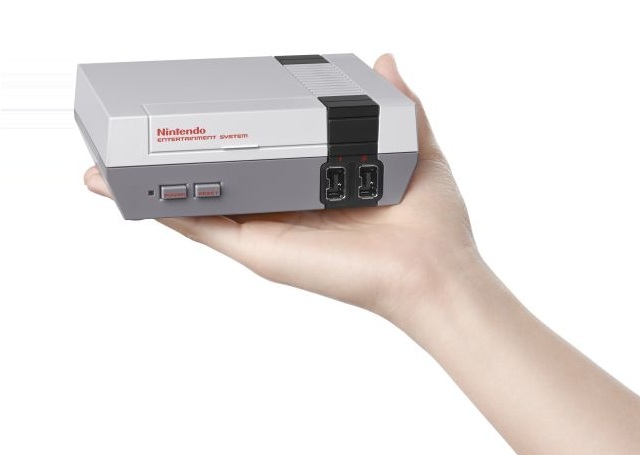 The Nintendo Entertainment System, unarguably one of the most iconic game consoles of all time, has announced on Thursday that it has plans to bring back its iconic Nintendo Entertainment System in November 2016. The New NES system will be available for $59.99, pre-loaded with 30 classic NES games. The console will be pre-loaded with classic NES games including Super Mario Bros., The Legend of Zelda, Metroid, Donkey Kong, PAC-MAN and Kirby’s Adventure.

The NES Classic Edition, announced today, is a palm-sized, HDMI-equipped re-release of the ’80s console. Although, Nintendo hasn’t said much about the specification of the system it looks like the new console probably may not be same as the original. But, they have confirmed that the system will not accept any external media, connect to the Internet, or ever officially support anything other than the 30 games included. Nintendo says that “each game has multiple suspend points, so you can start where you left off at a later time, no passwords needed,” suggesting that some sort of emulated version of the underlying games is being used.

“We wanted to give fans of all ages the opportunity to revisit Nintendo’s original system and rediscover why they fell in love with Nintendo in the first place,” said Nintendo of America President and COO Reggie Fils-Aime. “The Nintendo Entertainment System: NES Classic Edition is ideal for anyone who remembers playing the NES, or who wants to pass on those nostalgic memories to the next generation of gamers.”

Here’s the list of the 30 games that will also come preloaded on the machine:

Let this tiny box transport you to old days when you had no worries or responsibility.