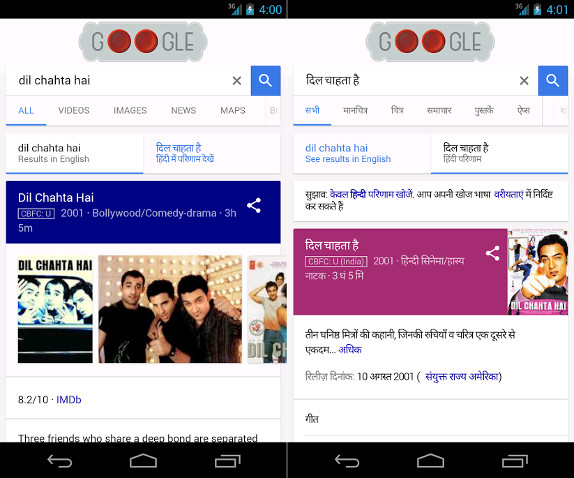 Google started rolling out a new feature to the Indians. The app will let you search everything not only in English, but also in Hindi. Here onwards, when you search “samachar” in Hindi, you get a new tab with the latest news in Hindi.

It works for all kind of searches such as birthdate of a celebrity, health related queries and movie searches.

A new feature is also being rolled out in Google Search app and Google Search on mobile browsers on iOS and Android devices. The feature will not be available in Opera Mini and UCBrowser.

According to Google, the feature will improve over time. We can expect this feature to be rolled out in other Indian languages as well.