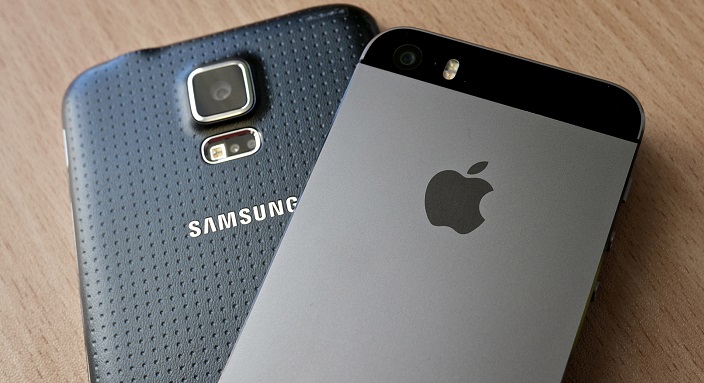 Prominent analysts company, Counterpoint Research stated that the Samsung has more number of sales in the US Smartphone world and is now ahead of Apple. The company overtook Apple 11 months ago. But due to the recent rise in sales through the Galaxy S7, it all looks like Samsung is leading the game.

The research company revealed that the Apple had only 23 % of the shares in the market while Samsung shared around 28.8 %. When Samsung’s Galaxy S7 was winning every heart in US, sales of iPhone SE on the other hand was considerably lower.

LG is followed by Samsung and Apple with a 17.1 % share in the Smartphone market and is very likely to overtake Apple. As the sales of the LG’s LG G5 in March aren’t included, we can expect the LG’s shares to be at least as close as Apple’s.

The research by Counterpoint Research also reveals that the Chinese companies didn’t perform well in US this time.

Do you think that the Samsung can continue to remain in the top position? Let us know your views in the comments section below. We would love to hear from you.