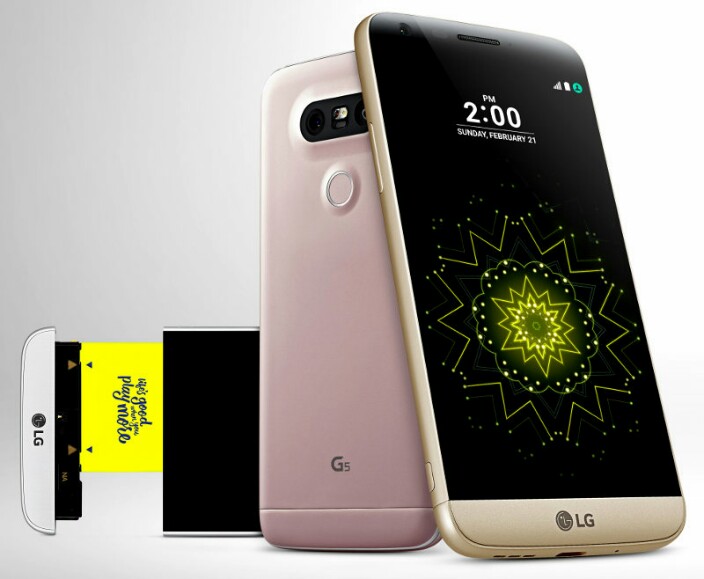 LG has announced today that the LG G5 have been certified by the U.S. National Information Assurance Partnership (NIAP) for use in military and enterprise. This NIAP certification is recognized by the governments of 25 Common Criteria member countries such as Germany, United Kingdom, Canada, France, India, Japan and South Korea and with this certification it is a confirmation that LG smartphones are among the most secure mobile devices available today.

The LG G5 is equipped with LG’s GATE technology for enhanced platform, network, and application security and these feature make it a powerful device that allow for secure, reliable access to enterprise data.

To recall the specification of LG G5 this device sports a 5.3 (2560 x 1440) Quad HD Quantum display using which you can view the notifications, battery status and time without having to wake up the phone. Only one small part of the display is lit all the time, so hardly 0.8 percent of the battery drains in an hour for it.

The device has a battery of 2800mAh and will be available in Pink, Gold, Titan and Silver colors. There is no word yet on whether how much it would cost for the Smartphone. But it will be available by April globally additionally with a set of gadgets that were launched yesterday. LG 360 VR, LG 360 Cam, LG Rolling Bot, LG Smart Controller, LG Friends Manager, H3 by B&O play were the additional set of gadgets and applications that were launched along with LG G5.

The LG G5 has an always on display feature and touch-enabled quick cover case.

Let us know in your comments on whether your expectations on LG G5 have been met by the company.