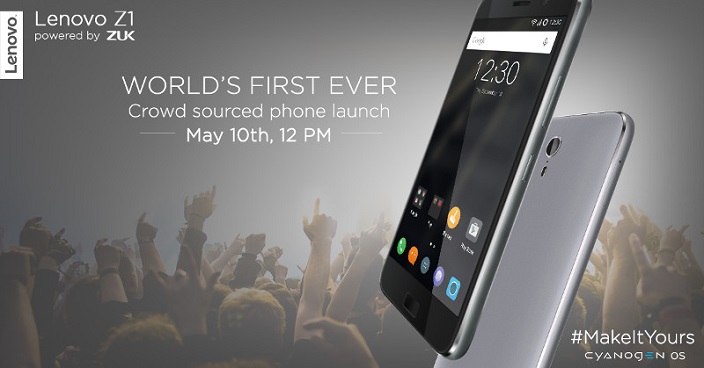 Lenovo announced that the company will launch its latest flagship Smartphone, Lenovo Z1 that is powered by ZUK on May 10. The Smartphone was initially made known to the world as ZUK Z1 in August last year.

It features a 4100 mAh battery with fast charging and will available in dark grey color in India. We can expect the details regarding the price to be announced during the launch of the Smartphone next week.