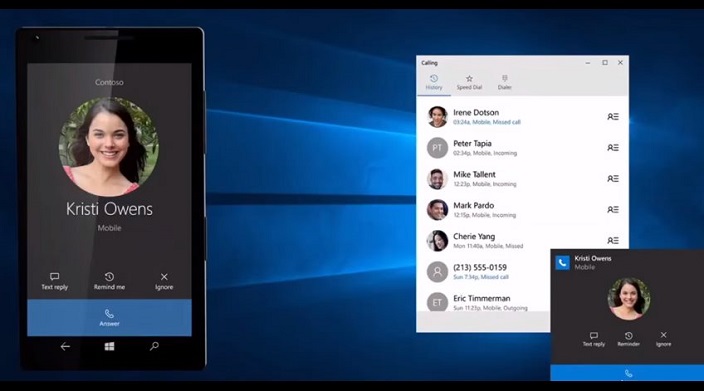 Have you ever been in a situation where you had to lock your desktop to check the notifications in your Android Smartphone? Well, it all looks like you will not have to do that anymore. Because, Microsoft revealed its plans to bring in the feature to view the Android notifications on Windows 10 via the Action Center of your desktop.

A user notification store will be built by Cortana for Android in the cloud in order to let the Windows 10 Android notifications to reflect in PCs that run on Windows 10.

New Desktop Windows 10 is known to bring true convergence across devices and therefore this feature is already available across Windows ten devices. But, the company is not likely to bring up the same feature for iPhone devices as the iOS gadgets are a lot more secure.

We can expect this feature to be available in the anniversary update of Windows OS this summer. You will have to probably do Windows 10 update to use this feature.