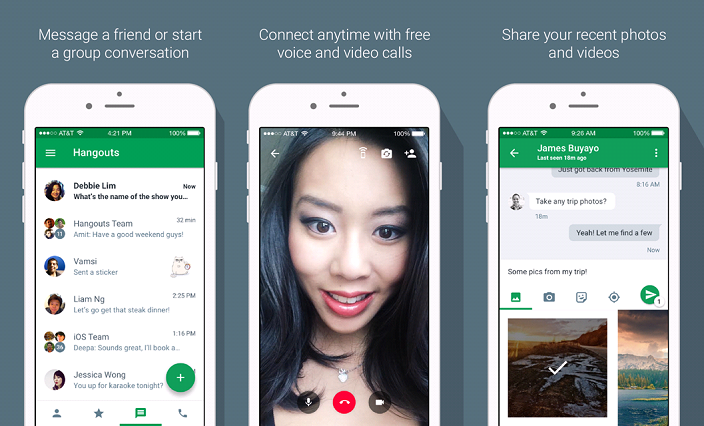 Hangouts is an app by Google that enables users to send and receive instant message, video chat, SMS and Voice calls using the company’s cross-platform. You would have also seen the Hangouts installed in your Android device even though you are not using it as it is a default application for text messaging. Recently Google Hangouts updated with Share Extension and Low Power Mode support for iOS.

As, per the latest update for Hangouts apps the Share extension in version 9.0 means users can share images, links, text and video from other apps on their device, while the Low Power Mode Support means the app will now automatically turn off video when the device’s battery is down to 20% or lower.

If, you have been using Hangouts app you can activate the new update Share extension by tapping the Share button within the app, selecting “More” at the end of the Share Sheet, and toggle the switch next to Hangouts to the ON position. The Low Power Mode will also be updated with the latest update of Hangouts app.

The Hangouts app help you to be in touch with your friends, start free video or voice calls, and hop on a conversation with one person or a group. Since, it allows you to use photos, stickers, emoji and animated GIFs that let you say more with these rather than words. It also allows you to have group chats for up to 150 people.

This app can be downloaded from the App Store for iPhone and iPad.

Let us know your experience on Hangouts app.