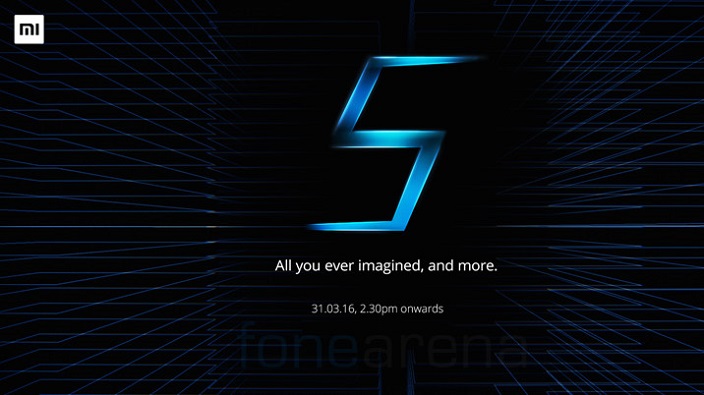 Hugo Barra, the Vice President of Xiaomi Global said during the Redmi Note 3 launch event that the company’s latest flagship will be launched in India very soon on March 31. The Smartphone was showcased at the Mobile World Congress in Barcelona and at an event in China.

Mi 5 sports a 5.15 inch 1080 display, is powered by 3 GB RAM and Quad-core Qualcomm Snapdragon 820 processor in addition to the Adreno 530 GPU. The device runs on MIUI 7 that is based on Android 6.0 (Marshmallow), has a 16 MP Primary camera with Sony IMX298 sensor, PDAF, f/2.0 aperture, dual-tone LED flash, 4-axis OIS and dual-tone LED flash that can be used to record videos at 4K resolution besides the 4 MP Selfie camera with f/2.0 aperture and 2um pixel size.

The company hasn’t disclosed the details regarding the price of the device yet. It is expected to be announced during the launch event which is scheduled to take place on Thursday and the Smartphone will go on sale in India in April.

Let us know your views on the latest flagship, Xiaomi Mi 5 in the comments section below. We would like to hear from you.