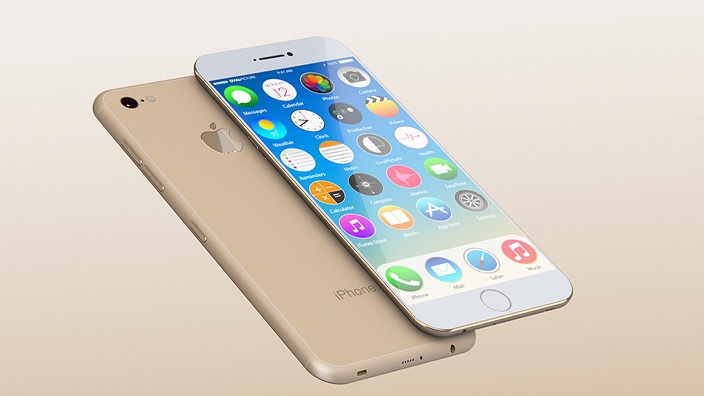 Apple has been releasing its flagship devices Apple iPhone since 2007. The latest new iPhone in this series is iPhone 7. People are expecting that new iPhone 7 release date will probably be September 2016 as Apple always sticks to a schedule and the last few new iPhones were launched in September. Though we have few months to go until the iPhone 7 launches, rumors have already been dripping out all over the web, giving us some details on what we might get when the latest iPhone 7 is released.

Don’t Miss: Apple showcases the red iPhone 7 and iPhone 7 Plus

Apple typically only renovates Apple phone once every two years, but that is due with the iPhone 7, so we’re expecting for big changes with new design and new features. We don’t know exactly how iPhone 7 will look like, speculations are that the design will be similar to the iPhone 6s but will be slightly slimmer, thanks to a new LCD panel. This device is also expected to include next generation A10 processors manufactured by TSMC.

Apple is rumored to be aiming to make the iPhone 7 slimmer by ditching the bulky 3.5 mm headphone jack and implementation of a thinner Lightning port. Eliminating the headphone jack will give Apple more internal space for other components, and Apple will also keep the device slim with the continued use of in-cell panels and TFT-LCD display technology. The rumor also says Apple will ditch the camera bump which has been present since the iPhone 6/6Plus to for a sleek design in iPhone 7.

The rumor suggests that Apple will release two version i.e. iPhone 7 and iPhone 7 Plus. The new iPhone 7 may ship with 2GB RAM, while the iPhone 7 Plus includes 3GB RAM, and there could be a different camera system.

We’ve collected all the latest from around the web and beyond for you below, to give you the clearest picture possible of what you can expect from the new iPhone

There aren’t any iPhone 7 price rumors yet but the new Apple iPhone 7 will cost roughly what the iPhone 6S currently retails for, specifically £539/$649/AU$1,079 upwards. Stay tuned to get the latest update on iPhone 7 and iphone sales.