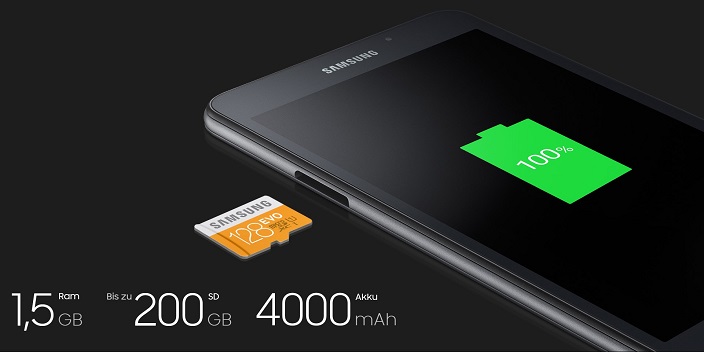 Galaxy Tab A (2016) has been among the rumored topics for some time now. Keeping all the rumors to an end, Samsung officially announced the device and it is now listed in the company’s official site.

Galaxy Tab A (2016) is the successor of the company’s prestigious gadget, Galaxy Tab A. Just like its predecessor, Galaxy Tab A also sports a 7-inch LCD display. It is powered by a 1.5 GB of RAM and 1.3GHz Quad-Core Processor and runs on Android 5.1. It weighs 283 grams and is 8.7 mm thick. The device has a 5 MP Primary camera and a 2 MP Selfie Camera. It comes with an 8 GB of internal storage which can be expanded up to 200 GB using a microSD card. 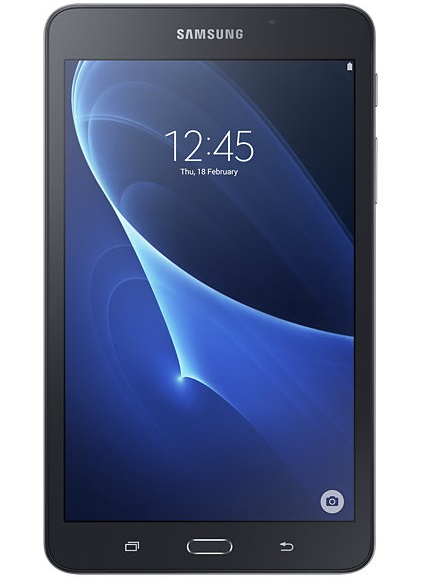 Galaxy Tab A (2016) is also powered by a massive 4000 mAh battery for a long lasting user experience. The tab is now priced at 169 Euros (around $188USD) and will be available in black and white colors. Both the colors are packed with the same storage and supports only Wi-Fi connectivity.

Let us know in your comments whether Galaxy Tab A (2016) has met your expectations. We would like to know from you.