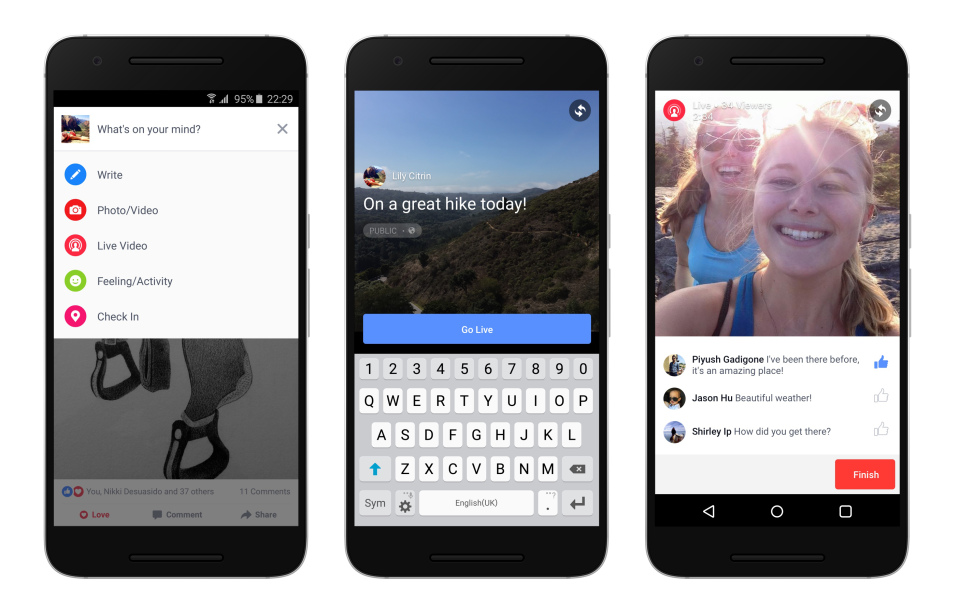 Facebook had launched Live Steam for the iPhone Users in December, and the company has made the announcement in its official blog post on February 26, 2016 that Facebook Live Stream is coming for Android users as well.

According to Facebook blog post Users loves to interact with live videos and more than 50% of people watching live videos are Android device users. Currently people from more than 30 countries can share live video via iOS and this feature will be rolled out to other countries around the world in the coming weeks. The Facebook Live Stream for Android user is going to be rolled out only in the US, with more countries coming soon.

Facebook started testing the live video feature in December, 2015. The services were first available to celebrities and a few of carefully chosen users. Since then, the company has received tremendous responses for this feature as it was used to connect with family and friends in a new different way.

To live stream, tap on “What’s on your mind?” at the top of News Feed and select the new Live Video icon. It allows you to choose you who you want to share the post with and write a small description before you go live. After the broadcast begins, you will be able to see the number of live viewers, the names of friends who are tuning in and a real-time stream of comments.

Once the broadcast is finished, the whole live stream will be saved as a video like any other video on your Timeline. You will also be able to delete the whole video or save it for your friends and family to watch it later.

Let us know your experience on the Live Video Feature in Facebook in the comments below.

Also Read: Facebook brings Anonymity in its app for Android