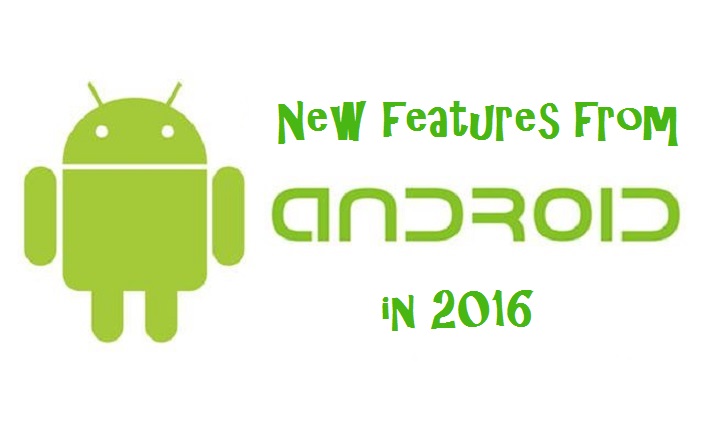 Here comes 2016 a new year with fresh ideas and hopes. In this ever changing world everything is evolving and getting better day by day. So, this 2016 is going to be an exciting year for Android as well. Here are some of the new features to expect from Android in 2016.

The Snapdragon 820 will be a powerful performer and won’t suffer from the thermal throttling that plagued its predecessor i.e. Snapdragon 810. This year 2016 will bring new additions to both families: the Exynos 8 and the Snapdragon 820.

We have heard about Android N for a while now. But since it’s been only a little while so details are still scarce. But for sure we know of at least one key feature that will be present in it: a split-screen UI. This news was confirmed by the Pixel C team in a Reddit AMA. According to Chrome and Android Director of User Experience Glen Murphy: “We’re working hard on a range of enhancements for Android in this form factor… there are many things, like multi-window, that we’ve been spending a lot of time on – hopefully we can share more about this soon.”

His colleague, hardware director Andrew Bowers, added: “We’re working on lots of things right now for N that, of course, we wish we had, you know, yesterday. But we’d spoil the surprise of N if we shared all of them. Split screen is in the works!”

You may not be aware that the main reason for having low battery life is just because of the theme. It consumes most of the battery power due to its color and bright light. This year we may get a battery-friendly dark theme in Android N.

Google went for Android instead of choosing ChromeOS for its tablet-laptop hybrid. We know that Android has already scaled down its dominance from smartwatches to HDTVs, therefore embracing laptops and hybrids seem like a sensible move this year.

Let us know your comments, expectation and hopes from the Android in 2016.