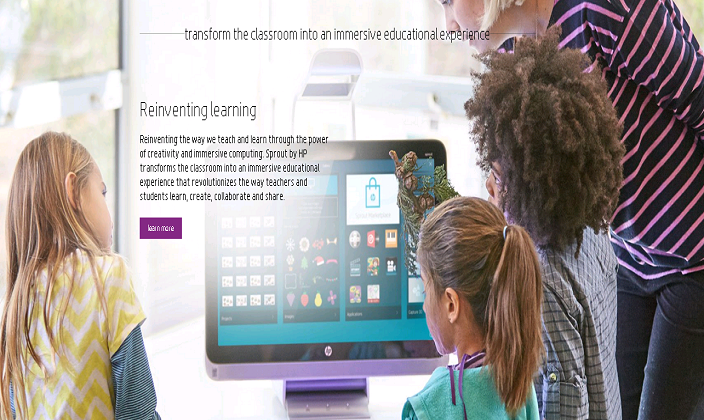 HP Inc. announced “HP Sprout” on Jan 19 that will be the first in a new category of immersive computing devices. The HP Sprout combines PC, 2D/ 3D scanner and projector in short it is all-in-one desktop PC with Intel’s RealSense technology, plus a combination of projector, scanner and a touch sensitive projection surface called as Touch Mat that brings all sorts of new possibilities to the PC.

Sprout and HP Multi Jet Fusion are designed to break down the barriers between the digital and physical worlds. Spout Pro by HP is the single configuration that will be sold at launch, it is powered with an Nvidia GeForce GT 745A with 2GB of DDR3 dedicated memory, 8GB of RAM, Intel Core i7-4790S processor, and a 1TB hybrid drive. 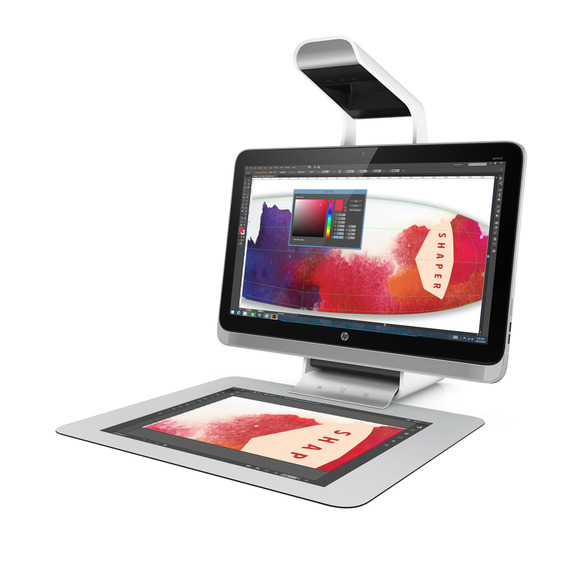 The most spectacular aspect of the Sprout is the built-in scanner, projector and cameras, all of which are contained in what HP calls the Illuminator Column. This set is attached at the back of the system and bends into an arm over the display. All of these elements work together and projected image shines down onto the integrated Touch Mat, a specialized surface that combines capacitive touch with a precision projection. The projected image serves as a second screen that offers 20-point tracking. The Touch Mat connects to the system with a magnetic docking connector that clicks easily into place, so there’s no issue with cables or worrying about the twists of wireless pairing.

The Touch Mat also works as the bed for scanning images, documents, and objects. The scanner presents high-resolution 3D scanning thanks to the incredible array of sensors built into the device, it will also capture these scans in full color, with nearly pixel-perfect accuracy. The 3D Snapshot software also allows you to take multiple scans of an object from several sides, linking them into a one-piece virtual object. Sprout users can share these 3D objects with a feature that lets others view and manipulate them in an online 3D viewer where they can rotate or resize an object to see multiple perspectives. With online sharing users can share via email, post to Facebook or other social sites.

Online and retailer information is available at www.sprout.com. The HP Sprout is available for pre-order starting today through HP.com, and will be coming to select retailers, including Microsoft Stores and Best Buy, starting Nov. 9 2016. Only one configuration is available, and it will sell for $1,899.