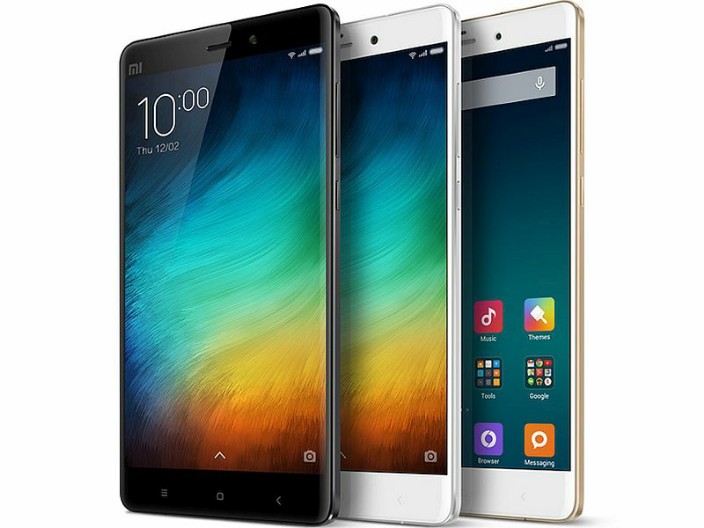 Xiaomi has announced that it will start rolling out Android 6.0 Marshmallow for Mi Note, Mi3 and Mi4 with a new version of MIUI 7. This announcement by Xiaomi is more like a Christmas present to its users.

Xiaomi’s Operations Manager had earlier posted on Weibo that company’s Mi4 and Mi Note devices would be the first ones to receive Marshmallow update and therefore this announcement is not much of a surprise. A screenshot was released showing a 518 MB update of Android 6.0 with a version number of 5.12.24. 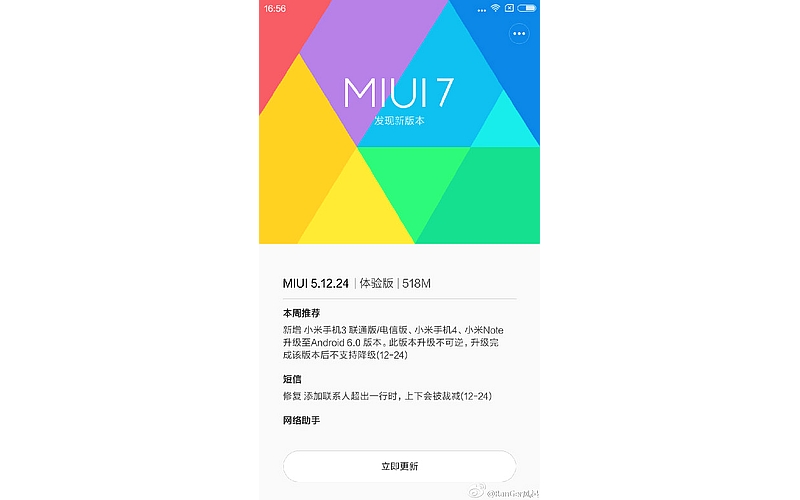 As far as the reports by the company are concerned, the update validation is in the final stages and the version will be released as early as tonight.

Xiaomi’s devices like Mi4 runs on Android 5.0. and therefore when MIUI 7 was released globally, a lot of fans were disappointed as it still ran on Android 4.4 in a few of its devices although it provided an interface that looks much like the Android Lollipop. And later Xiaomi had to make a statement to comfort its users that  the user experience is same in all devices across several Android versions.

However, the Android 6.0 that’s going to be released soon is in beta stage and is for developers. If you want a stable update, you will have to wait for a few months for OTA update.

We can therefore assume that Mi devices that still run on Android 4.4 would get a major update of Marshmallow by skipping Android Lollipop.

Source and Image: Gizmochina via Weibo