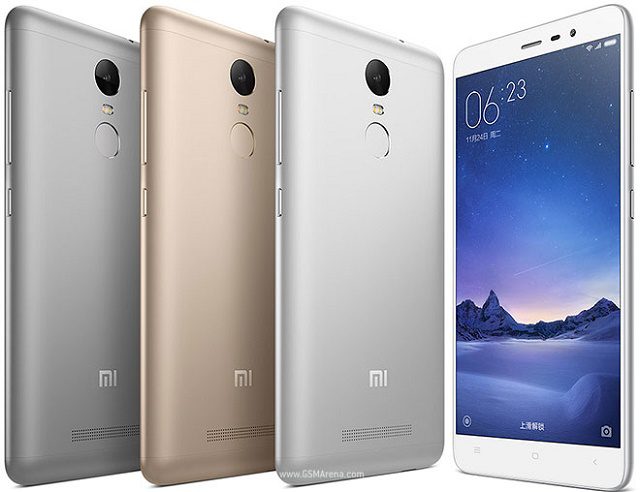 Xiaomi has unveiled its latest device, Redmi Note 3 with a metal body and a fingerprint scanner. Though the recent reports suggested that it would be named Redmi Note 2 Pro, Xiaomi decided to change its naming at the last minute thinking that it would confuse the customers.

Redmi Note 3 is the first mobile in the Xiaomi family to get a fingerprint scanner and a metal body that is powered by MediaTek’s Helio X10 64-bit octa-core SoC and it sports a 5.5 inch(1080p) display.It will cost approximately $140 and will be initially available for sale in China.

Redmi Note 3 is available in two kinds with either 2 or 3 GB RAM or either 16 or 32 GB internal memory.

There is an upgrade in the battery section as the Xiaomi has increased the battery to 4000 mAh in Redmi Note 3.

The device is 8.65 mm thick and weighs 164g (heavier than Redmi Note 2) and is available in gold, silver and dark-grey colors.

Much like its predecessor, the phablet comes with primary and selfie cameras of 13 MP and 5 MP.

Xiaomi is one company whose events and new launches create much hype in the gadget world and it looks like the device has delivered up to the expectations though it is much similar to Redmi Note 2.