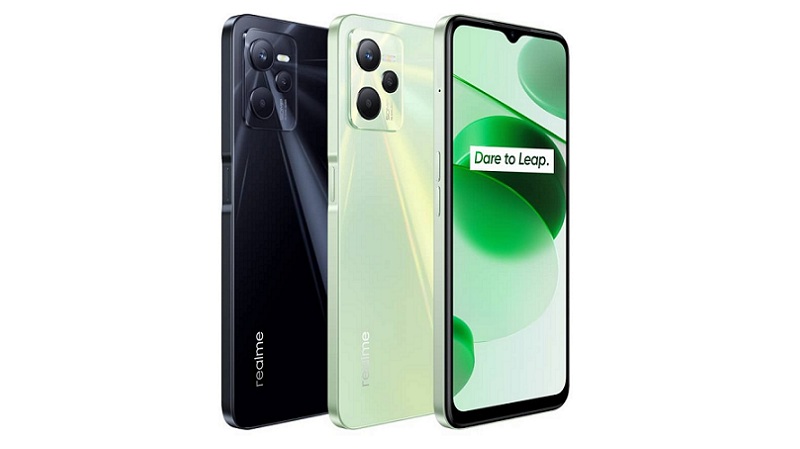 realme launched the company’s latest realme C35 Smartphone in the budget C series in India. The phone sports a 6.6-inch FHD+ LCD screen. It is powered by the new UNISOC T616 SoC with 4GB of RAM and runs Android 11. The phone has a flat frame, and the company said that the the Dynamic Glowing Design, which has the most premium design in the entry-level C series.

The realme C35 phone features a 50MP rear camera along with a 2MP macro and a VGA depth sensor. On the front side it has an 8MP front camera. It packs a 5000mAh battery with support for 18W fast charging. The phone also has TÜV Rheinland Smartphone High Reliability Certification.

On the front side it has an 8MP front camera with f/2.0 aperture.