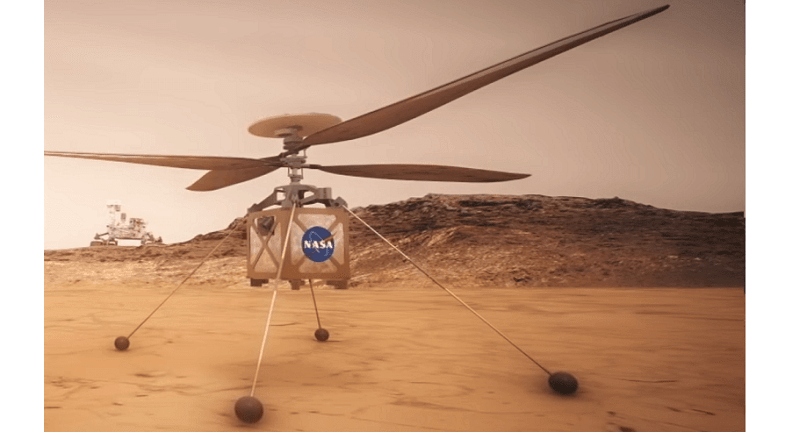 Mars has fascinated humans for a long time. There are a number of reasons why. If any planet in our solar system (other than Earth) were capable of life, Mars seemed to be it. Mercury and Venus are far too close to the Sun. Jupiter is a gas giant. And the others are too far off to support life. Mars, however, retains an atmosphere. Many also believe there to be evidence that points towards the presence of bodies of water on Mars millions of years ago. Since the earliest space programs, Mars has always been a tantalising goal. But we may be far closer to it today.

Could there have been life on Mars? Intelligent life? Could there have been an intelligent civilization? Martian beings who used telepathic memories for entertainment instead of  TV and internet deal? Some have a radically different approach. Centi-billionaire Elon Musk has been a huge proponent of colonizing Mars as a foothold beyond the solar system. Could that be possible? Before we can say for certain, we need more information on Mars. And that’s what the new NASA Mars Helicopter seems to promise. Read on to find out more.

Using helicopters for exploration is not new to NASA. Not even in the context of Mars. Even now, NASA currently has one operating on the Red Planet right now. The Ingenuity Mars Helicopter has been a breakthrough for science and exploration in many ways. Ingenuity has been a triumph in many ways. For one thing, it has offered proof that flight on Mars is possible. And it has gathered immensely useful data on atmospheric and wind conditions that can help future aerial efforts.

Remember, the atmosphere on Mars is vastly different from that on Earth. It has taken years of data gathering and analysis from the Mars Rover alone simply to develop the Ingenuity. And all of it through unmanned missions. Even when Ingenuity was greenlit, nobody really knew if it would be a success. But the sturdy helicopter has exceeded all expectations. With 12 flights under its belt, Ingenuity has been a breakthrough technology. It could reshape the entire approach to planetary exploration in the future.

Of course, Ingenuity has only just proven its capabilities. But NASA may be thinking of ways to scale it up already. The new 30kg version is called the Mars Science Helicopter, also known as the MSH. Unlike Ingenuity, the MSH does not depend on a Rover for support. Bearing in mind the difficulties associated with transporting equipment and effecting repairs on another planet, the Ingenuity came with a scalable design. At first, NASA and JPL considered simply scaling up the Ingenuity Helicopter.

But the Hexa-rotor design finally won out. The new MSH helicopter has a far larger data-gathering capability. It will have a robotic arm that can acquire physical samples. This arm could also include tools like a microdrill. Or it could shoot a tiny projectile that embeds itself in a sample and reels it in.  The possibilities become endless.

Possible Outcomes from the New Helicopter

The MSH can cover faster and greater distances than the Rover. And it can bring back samples from areas the Rover cannot access. This increases the ways through which NASA can gather data on Mars. This data could prove invaluable in the success (or writing off) of several future efforts. These could include answering questions like:

Is there life on Mars?

Was there life on Mars?

Can we colonize Mars?

Does Mars have valuable mineral resources?

These are questions that have been in nearly any mind every interested in space. And it has taken several decades for NASA to reach Mars. It has taken even longer to begin gathering the information that could finally begin providing the answers to these questions. The MSH may help speed up the process and make it far more comprehensive. However, the MSH is still a conceptual design. It will take some time until it’s flying around in Mars airspace. But science exists, so it may only be a matter of time.