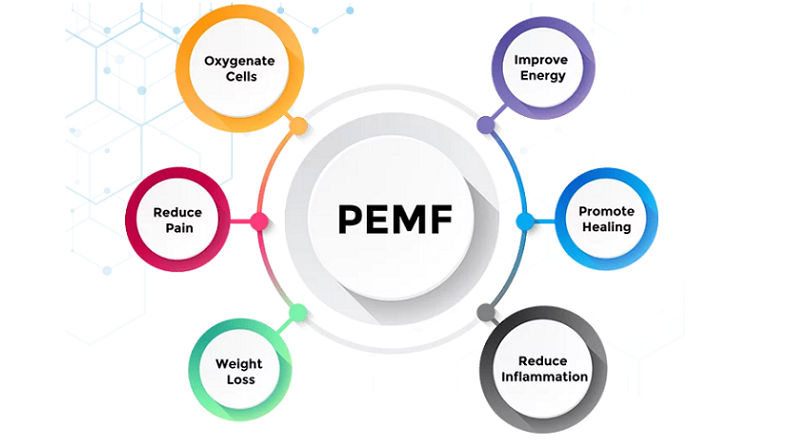 PEMF therapy has been used in veterinary offices and health and wellness clinics for years but has become increasingly common in more standardized medical settings, including medical clinics and hospitals. What is it about PEMF therapy that has doctors so enamored? First, let’s take a look at PEMF and how it came to be used in medicine.

PEMF and Medicine: A History

PEMF therapy was not initially a concept designed or conceived of by medical professionals; instead, PEMF therapy was designed following the advent of the electromagnetic field. It was not until the electromagnetic field was discovered that researchers and physicians began to express interest in the possibility of utilizing electrical energy as a possible healing modality. In the early 1900s, scientists and medical professionals began experimenting with the possible healing effects of electromagnetic energy.

Although many early attempts to use EMFs to heal failed or were left by the wayside, PEMF therapy is an enduring intervention with roots that extend back more than 60 years. From the 1970s on, doctors and veterinarians alike began using PEMF technology by using PEMF therapy machines in their practices—though not on the scale that they are used today. With over forty years of consistent use in healthcare settings, PEMF therapy has firmly made a place for itself as a viable therapy option for a variety of ailments.

Why Is PEMF Popular With Doctors?

PEMF is becoming increasingly popular with physicians who practice both Western medicine and alternative medicine. Although PEMF has long been regarded as an alternative mode of healing, a steady stream of clinical trials and research studies point to the efficacy of PEMF therapy using PEMF devices.

PEMF therapy is an extremely safe form of therapy, which makes it an ideal intervention for doctors and hospitals. Because so many therapies and medications involve additional pain or discomfort, risk of reliance, and a series of side effects, PEMF therapy can be an immensely powerful and useful tool for doctors who are eager to provide their patients with therapy for pain, inflammation, bone breaks, and more that does not pose any real risks or potential hazards.

PEMF therapy machines can be pricey, but do not come anywhere close to many other therapy machines that can cost tens of thousands of dollars. PEMF machines can be purchased for home use for as little as $400, and can be purchased for hospital or clinical use for as little as $5,000 to $10,000. The affordability of PEMF therapy is seen as a huge boon for doctors, as patients can not only receive therapy in a clinical setting without a great deal of up-front investment on the part of a hospital or clinic, and can continue their therapy at home.

PEMF therapy is one of the most unique therapy interventions, in that it does not focus its ability to heal on a single, small ailment, but instead covers a litany of illnesses, maladies, and damages. The broad applications available for PEMF use make it an ideal therapy option for doctors, as a single machine can be used for patients as diverse as surgical recovery patients and mental health patients.