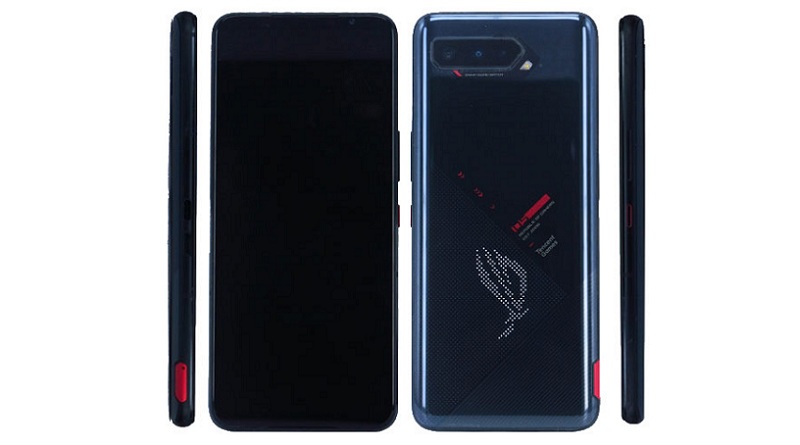 ASUS ROG Phone 5 with the model number ASUS_I005DA has been certified by MIIT and TENAA, after live images that surfaced recently. The certification revealed the design of the Smartphone and some specifications. The phone sports a 6.78-inch OLED display, which should be a FHD+ 144Hz screen, similar to the predecessor and runs Android 11.

The phone is powered Snapdragon 888 SoC with 8GB of RAM, but there should also be a 12GB RAM version as per the Geekbench listing from December 2020.

On the bottom-left part of the back there is a dot matrix Aura Lighting that shows the ROG logo, but it should be customizable using the software.  A similar dot matrix design was seen in Lightning Armor case that was launched with the ROG Phone 3.