Back in 2010, Google created a revolution by launching the first version of Angular Web Application framework which won the hearts of the developers very quickly. After the release, the world in the web was changed till Google announced Angular 2 in 2014. It created confusion among developers, not because a new version was released, instead it was a whole rewrite of the older version. Today, after many beta and preview releases, Google is officially launching the final release version of Angular 2.0

The company writes in today’s announcement:

“Angular 1 first solved the problem of how to develop for an emerging web, Six years later, the challenges faced by today’s application developers, and the sophistication of the devices that applications must support, have both changed immensely.”

Angular 2.0 brings a lot of new features that includes improved support for modern browsers and mobile development. It is also now easier to use third-party libraries in the latest release. The team is also recommending the developers to use TypeScript, which is a Microsoft-developed superset of JavaScript. TypeScript integrates features such as class-based object oriented programming and static typing.

Going forward, the Angular Team might offer developers a lot of guides and examples to help them learn Angular 2.0 faster. 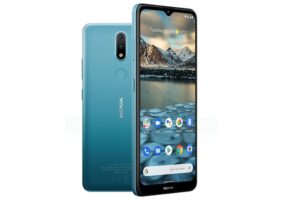